Do Research for Your Fantasy Novel

Just because you’re writing a fantasy novel where everything is make-believe doesn’t mean you won’t have any research to do. There is more to a story than just the action and the dialog. There are certain things you will need to know in order to get your ideas across properly. 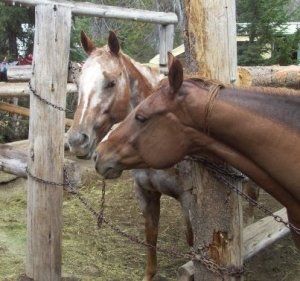 For example, if your fantasy world takes in a medieval setting, you will probably need to know a little bit about horses. It might be a good idea to research the kind of trappings used. You wouldn’t want to get the use of a halter mixed up with the use of the bridle. You may also want to know that male horses were not generally used for riding unless they were war horses or gelded. And what is the difference in speed for a cantering horse versus a trotting horse? Even if you don’t have horses in your fantasy novel, you may have other animals that people used for transportation. Camels? Giant birds, perhaps? They need saddles and stirrups too. 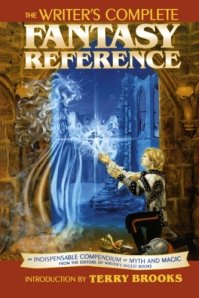 Knowing a little about horses is just a fraction of all the things you need to research for your fantasy novel. “The Writer’s Complete Fantasy Reference” can give you some ideas where to start. But it doesn’t give you everything. Think about what you might need to know about, and then put together a reference binder for your information. My reference binder includes the following: 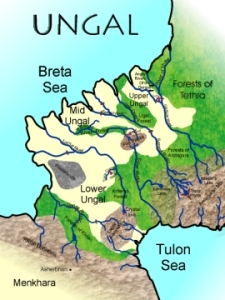 Tab A – Maps and Charts
This tab has a map of my make-believe world, a family tree for the most notable characters, and a generic layout of a castle. The map is probably the most important for any fantasy novel because people are living in a world that doesn’t exist. You don’t want to mistakenly tell your readers that a particular town is to the south of a particular city in one chapter, but then state it is to the east in another. Mapping it out helps you keep things straight and provides your reader a visual reference. 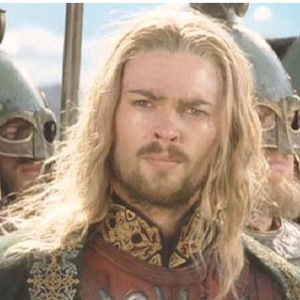 Tab B: Character Descriptions
Every single character I mention in my novel is kept in this section of my reference. It helps me build a detailed description of my main characters and keep track of minor characters. This way I don’t accidentally state a character had brown hair in one section and sandy-blond in another. I also use this section to describe basic physical characteristics of different races of people.

And I’ve also put clothing descriptions under this tab. What did people wear? Did they wear pants, breaches, or leggings? What kind of cloth were clothes made of? What were the different styles of a woman’s dress or headdress? What about shoes? If you are writing about people of different races, they probably had different styles of clothing too. It’s best to decide this in advance before you start writing. It makes visualizing and describing your characters much easier. 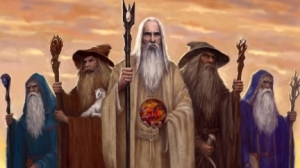 Tab C: Magic and Religion
If people use magic or special skills in your fantasy novel, you need to make up a set of rules. Anything goes with magic, but if you don’t set rules then your reader will wonder why your character didn’t simply use magic to get out of trouble. Decide how magic works in your novel, who can use this magic, and what its limitations are.

Every culture has some form of worship. Do people worship at home with little shrines next to the hearth or does their king require human sacrifices? Is there a religious order or do people simply worship the gods of their ancestors? And let’s say you do have an organized religion. What is the head of this religion called? Is he the Father, the Pope, the Archbishop? Don’t forget to research the different kinds of religious garments. What is an amice, a cassock, a chasuble, for example?

Tab D: Place and People Names
So that I didn’t have to make up a name every time I introduced a new character or place, I made up names in advance. I also grouped these names into different styles. For example, the Menkharan’s have Egyptian-sounding names. The Outlanders have Nordic-sounding names. And the Miyashi have Oriental-sounding names. I got the ideas for names and places by searching through history books and changing them a bit to suit my own tastes. 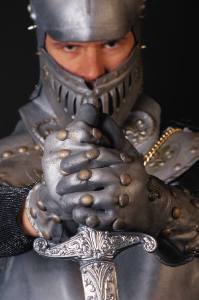 Tab E: Arms and Armor
Swords, knives, and bows and arrows were not the only weapons used by people in medieval times. There were halberds, lances, cudgels, spears, and more. And let’s not forget there are many different kinds of swords, knives, and bows. A sword could be short, it could require the use of two hands or one, it could have a curved blade like a scimitar, or perhaps long and thin one like a Samuri sword.

Armor is something else to think about. Most regular foot soldiers did not wear metal armor. Their armor was made of leather or thick wool. If one did have metal armor, it was generally just the helmet and a simple breastplate. The nobility could get fancy, though. Helmets could be plumed, egg-shaped bascinets, pot helms, and more. Different parts of armor have different names and these could all vary by region and style.

Also under this tab is information on siege engines, battle strategies, military ranks, and more. 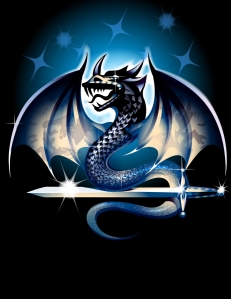 Tab F: Mythical Creatures
What are your dragons like? Are they wise creatures or simply vicious animals? Can they fly? Are there different kinds of dragons? What about made-up creatures? What are their qualities? It helps to know the details of your mythical creatures before you write your story. Make-believe creatures are going to require a lot more detail in description than a horse or a dog. 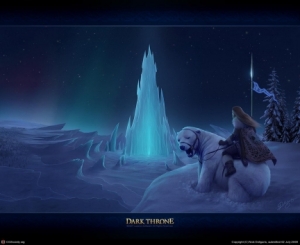 Tab G: Miscellaneous
This tab covers a little bit of everything – business entities in a city, kinds of rock or materials used to build with, architectural terms, farming seasons and equipment, different kinds of foods, kinds of trees a forest might have, common medieval diseases and medicines, horses, medieval furniture, kind of money used, musical instruments, governmental structures from scribes to kings, law courts, taxes, travel means, board games and outdoor contests held, about hunting with dogs or falcons, seafaring terminology, different kinds of boats, titles of the nobility, marriage customs, etc.

As you can see, there is a lot more to think about when writing a fantasy novel than just the story. If you don’t organize it in advance, you may find yourself having to stop your flow of writing so you can figure something out. This can be disruptive, especially if you’re like me and can only write under certain motivating conditions.

Research can be boring, but knowing what you are talking about will keep your readers from being distracted by mistakes. Can you think of something you’ve read that could have used more research? Have you tried to write something only to find there were a lot of things you didn’t know anything about?

Further Develop your Story and Characters

In previous posts, I told you how I came up with the story and characters for “The Guardian of Destiny”. I showed you how I started out with just the basics and let my story grow from there. That is how I did it, but how can you implement my process and make it your own?

It all starts with an idea. Maybe you did a writing exercise that seemed to take off. Perhaps you watched something or read something that left this exhilarating feeling in your gut. This is where you start.

Meditate on whatever it was you saw or wrote that seemed to resonate so well. What is it specifically that got you excited? Was it the dynamics of the characters in the movie you saw or the book you read? Was it the way the story was told, the intricacies of the plot, the ending? If you got this feeling through a song you heard, what were the images you saw when you heard the song? What feelings did the song bring?

You need to take these abstract feelings and put them into words as best you can. This way, it will be easier for you to recapture it whenever you need the inspiration. Putting these feelings down on paper makes them more real and helps you to build your characters and your setting.

There are no hard and fast rules when you develop your story. At this point, it is perfectly okay to let your imagination go wherever it wants to go. Write it all down. You can write randomly as your ideas pour out or you can organize your thoughts using note cards. Not all your ideas will be used. You will find that as your story grows, some things will need to be discarded and other things will need to be added.

Once I get a basic idea of the plot, characters, and setting, I like to organize my thoughts. I dedicate a binder to the story. And then I start by writing about my main characters; what they look like and their basic personality traits. After that, I describe my fantasy world. At this point, neither my characters nor my fantasy world are set in stone. I want to give myself the freedom to change things, should the story require it.

I like to use note cards to organize my story. I start out with broad ideas. Then I write down ideas for specific scenes. And if I already have a very specific scene in my head, I write it out on paper and use the notecard to reference it. Using notecards makes it easier for me to delete scenes, add scenes, and change the order of scenes. 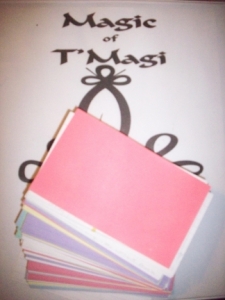 My color-coded note cards and binder for another story idea I have.

As my story grows, so does the number of note cards. Sometimes I have to rewrite the note cards because my ideas get too large for just one card. Keep adding cards until you feel that you have an entire novel’s worth of a story. Then organize those cards so that each card represents a chapter or subchapter. If you need more space, use the notecard to reference a writing journal or binder dedicated specifically to this story.

You don’t have to use these methods when you develop your story and characters. Do whatever is easier for you. The more you write, the more you will find out what works for you.