Tips to Improve Your Story by Writing Better Characters

When I began writing The Guardian of Destiny, I had a very difficult time writing the main character. I just couldn’t get into him. It wasn’t until I really got to know him by writing his backstory from his childhood to the present that made me really understand who he was. When you tell your actual story, you don’t have to provide your character’s entire backstory. Just include the parts relevant to the story and/or a few of the interesting parts that reveal why your character is the way he is.

I’ve noticed some writers include very little character description and let the reader fill in the blanks. As a reader, I kinda prefer this myself. But I’ve come to realize that most readers want at least a little bit of a description. So make the descriptions unique or interesting. This is especially important when you have multiple characters. The more characters you have, the more difficult it will be for your reader to keep up with them all. So give them a unique feature or two. Perhaps one character has thick eyebrows or one has a unique color of eyes. Go beyond facial features. Perhaps one character has a limp or one is overly tall.

J.D., the character in my new sci-fi series, has a crooked smile. I like to think the smile looks a little like Ben Affleck’s. Jori has a Japanese look, though I never state this because of the genre. I try to hint at it with the color of his skin and hair, with the shape of his eyes, and with the fact that he occasionally uses Japanese words.

Gestures, Habits, and other Noticeable Characteristics

Speaking of the words a character uses, this is another way to help individualize your characters. People watching is something writers do all the time. It’s a great way to pick up on the little things people do that make them individuals. Perhaps you notice someone who taps their foot all the time or someone who plays with their hair. Habits can include someone who smokes or someone who is always drinking coffee. J.D. strokes his chin a lot. Jori and Terk curse a lot, Terk more so.

List your character’s most prominent strengths and even a few of his weaknesses. If a character has nothing but strengths, never does any wrong, it makes for a very boring character. No one is perfect, so even the best characters will have a few things they’re not good at. Jori has a lot of things going for him. He’s highly intelligent, has a lot of common sense, and is greatly athletic. He even has a tendency to be modest and considerate, though you wouldn’t know this in the beginning of the story. So it seems he’s practically perfect. But he’s not. He has a bit of a temper, which sometimes gets him into trouble. He also has a tendency to keep his feelings to himself, which makes other people think he’s an emotionless jerk.

I admit I’ve read (and liked) books where the hero seems to have no character flaws. It’s true some people like a story with a perfect white knight hero. So if this is your character, make sure your story makes up for the lack of character conflict in other ways, such as with a great plot and interesting twists. 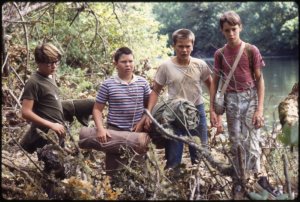 How the character relates to others says a lot about them. What are their relationships like with their parents, siblings, friends, coworkers, and others? Do they have a lot of friends, or few? Are they loyal to one spouse or do they like to sleep around? Depending on your story, you may even want to consider your character’s relationships with animals. One character I particularly like in my story is Mik Calloway. He’s a complete ass. And one way you can tell this is by how he is with his coworkers. Even though he’s hanging out with them, he only thinks negative thoughts about them. And he only admits that he’s hanging out with them because he doesn’t want to drink alone.

Be sure to consider the character’s occupation when writing their character. Stereotypes exist for a reason, so think about the stereotypical dentist, racecar driver, jock, lawyer, cop, and so on. But be careful about making your character cliché. Even though people tend to fall into certain stereotypes, they are still individuals. Jori, for example, is immediately viewed as a stereotypical warrior with a bad attitude and hot temper. But as you will see later in the story, there is so much more to him than that. Use stereotypes to your advantage by perhaps making your characters see other characters in a stereotypical way, but then have them learn a lesson by learning otherwise later on. 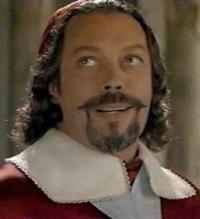 Your character’s beliefs go beyond just what their religious preferences are. Think about the core values of your character? Does he believe each man for himself or does he believe in helping others? Is he open-minded or stuck in his ways? Does he tend to see the best in others or the worst? Is he a strictly by-the-book kind of guy or will he break the rules to right a wrong or to get ahead?

Whatever happens in your story, whether your hero is out to save the galaxy, meets the love of his life, destroys the evil warlord, or catches a serial killer, these events are going to change your character forever. Hopefully, they are going to help your character grow. Even the bad guy could learn something new. When you develop your story, think about what your character is going through and what lessons they can learn from it. Think about how their lives are changing and will change as the action progresses.

I forgot where I learned this from, but it has been the most helpful piece of advice I’ve ever received when it comes to writing characters. The character’s journal consists of everything listed above, plus a few extra if you’d like. If your character journal is a physical one, cut out pictures of what your character might look like or what he might wear. If you can draw, draw the pictures. Draw his home and/or his favorite things. If your character journal is a digital one, like mine, attach images. One person I know uses Pinterest to collect pictures that fit their characters.