My content editor said if I have multiple points of view in a novel, the novel needs to begin with the main character who will make the biggest change and face the biggest challenges. Originally, I had my novel begin with Commander J.D. Hapker (or J.T. as he was called in the first draft). Then I decided Captain Robert Arden should start the book. Now that I’ve received this device from my content editor, I am trying to have the book start with Jori. Jori, after all, will face the biggest challenge. And he is the main focus of Part Two. So below is how I plan on starting Part Two. It needs some work, so any advice you have on making it better will be most welcome. 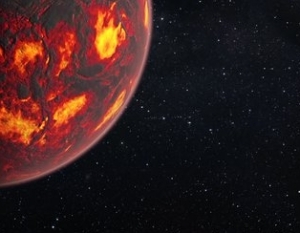 After weeks of creeping along like a kabutomushi beetle, the Dragon warship approached Thendi. The deep blue oceans of the planet caressed the edges of large reddish-brown blocks of land. Wisps of clouds dazzled the landscape like coolant on rusted metal. Glistening whiteness nestled the poles like warhead caps.

The planet appeared serene, but its peacefulness was a lie. Its people lived lives nearly as violent as the Tredon warriors, but for a different reason. Beneath the outer surface lay violent clashes of grinding plates. Sometimes their collisions scarred the land with jutting mountains of rubble. And on the other end where the plates slid apart were gashes of red, making the planet appear as though it were a living thing that had been ruthlessly stabbed.

Jori sat at one of the workstations of the Dragon’s bridge. His heart beat dully in his chest as his father’s ship crept onward. The dot of Thendi grew larger and time ticked by like a time bomb in slow-motion.

He wasn’t afraid exactly. Not of battle, anyway. He was a warrior, bred and born. And although he was only ten year-cycles old, he already exceeded the martial abilities of most full-grown warriors. Only his strength limited him. And, in this case, his resolve.

Worry gnawed his innards. Prontaean Alliance ships were undoubtedly protecting the planet. His father had said the Alliance was the enemy, but Jori was beginning to see him for what he was—a predator worse than the blackbeast who stalks the fawn because at least the blackbeast only hunted as a matter of survival.

His father, Emperor Kavak, military ruler of the Tredon-dominated worlds, sat coolly in the throne-like chair at the center of the bridge. He was far from relaxed, though. Jori didn’t need to use his ability to sense emotions to know his father was giddy with anticipation. He saw it on his face—the flared nostrils of his hawk-like nose, the firmness of his angular jaw, and the glittering of his dark eyes.

Terk, Daiichi/First Prince Kavak, Jori’s elder brother, was filled with the same anxiousness, though it was mixed with a hard determination as he manned the tactical station. At fourteen year-cycles, Terk was already nearly as tall as their father. He didn’t yet have a man’s bulk, but he was strong. His black uniform matched his dark hair, both of which seemed almost grey when compared to the darkness of his eyes.

When Terk was happy, which was rare nowadays, his eyes were brown. Today, though, they were like lumps of black tourmaline crystals.

Thendi loomed closer. Jori resisted the urge to squirm in his seat. He didn’t want to be a part of this. His worry wasn’t with the fighting, or even in the prospect of dying. It was in the killing. But he was a warrior and he would help his big brother gain back their father’s favor.

He and Terk had failed badly about two dozenals ago when their mission to the Depnaugh space station lost them their ship, crew, and the perantium device their father had wanted. Terk received the brunt of their punishment because he had been in charge. And while father blamed Terk, Terk blamed Jori. It was Jori, after all, who had manipulated the outcome.

Terk’s anger made him feel worse than anything his father did. They had been so close once. He missed it. If only things could be the way they used to be before Terk became Daiichi Prince.

To divert father’s wrath, Jori intentionally became more willful and disobedient. It worked. After Jori had received the worst beating of his life, Terk made up with him. It wasn’t the same as when they were younger, but it was enough. Now Jori stood ready to help his brother, who was helping their father kill people who didn’t deserve to be killed.

The viewscreen’s image lurched forward. Jori held his breath. It was a Class I Alliance Cruiser, just like the one he’d been on before. But was it the same one? He squinted his eyes, trying to see the identification numbers printed on the hull.

He let out his breath. It was a different Class I Cruiser. Not a warship, technically—the Alliance didn’t have warships—but the most advanced of all Alliance ships, with superior maneuverability and weapons that were nearly a match with the Tredon warships.

The viewscreen lurched again, this time on the other Alliance ship. Jori’s heart skipped a beat. It was the Odyssey, the one ship he was hoping not to see.

Chikusho/Shit! He should have known it would be here. The ship’s captain was no fool. Captain Arden knew what Jori’s father was after. He knew because of what happened after Depnaugh.

Jori’s extremities tingled as his blood went cold. He glanced at the bridge exit, wishing he could leave. The Odyssey was the last ship he wanted to fight. Commander Hapker, his friend, would be on it.

Well, not his friend anymore. Jori had betrayed him. And now Commander Hapker probably hated him.

Jori swallowed down the lump in his throat.

“We can assume it’s the same type,” his father said. “And we should assume there are more ships nearby. Do a full scan once shields are down.”

“Tell the Basilisk to get ready.” His father stepped up to the viewscreen and clasped his hands behind his back. They were within firing range of the closest Alliance cruiser and only moments away from the furthest.

Jori glanced at his console. His fingers twitched over the cloaking controls and awaited his father’s command. The pitter-patter of his heart sped up. He was about to betray Hapker again.