How to Come Up With Sci-Fi Story Ideas

My sci-fi story is more of a space opera than a hard-core sci-fi. For those who don’t know what those terms mean, a space opera is more about the characters and their lives in space than about any technical sciency. Hard-core sci-fi is quite the opposite. I’d like for my science fiction novels to be a little more sciency, but I’m having a tough time coming up with ideas. So I thought I’d do some research for idea generation and have come up with some ways I hope will help.

What are your favorite movies, TV’s, and books? What were their plots? You shouldn’t steal someone else’s ideas, but ideas can generate from them. Actively think about the plot when you watch or read something. Then mediate on it later to see if it inspires your own ideas. I admit I got the idea of Jori from a Star Trek: The Next Generation episode, “Suddenly Human”. Jori isn’t exactly like the boy in this episode. Nor is his situation the same. But some aspects follow along the same lines. 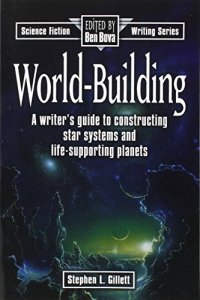 You can get a lot of great ideas from reading a science magazine or non-fiction book. One book I’ve read, “World-Building” by Stephen L. Gillett has given me a few ideas. This book educates you on how things work in space and provides potential planet-scapes and such based on today’s knowledge. Documentaries, such as “Cosmos: A Spacetime Odyssey” can also give some great ideas.

Writing exercises are a great way to stimulate the imagination. In fact, this is something I need to do more often and something I plan on making a part of my regular writing routine. One book I’m planning on going through is called “Take Ten for Writers” by Bonnie Neubauer. Books like this give you a basis to start. For example, the first exercise in this book gives you a list of phrases that you can use to write a short story. The first phrase is “blindingly bright”. Next week, perhaps I will share the short story I wrote that contains this phrase.

Seems simple enough, but this book contains a variety of different exercises. One asks you to write a short story around a particular object, such as a Styrofoam cup. Another gives you a scenario, such as being abandoned by your date or being lost in the woods. Another wants you to write about an attribute without ever actually using the word or similar words. Even if none of these writing exercises mentioned here sound fun, there are many different exercises in this book. And there are lots of other books that help prompt writing exercises.

I most often use brainstorming as a way to come up with book titles. But it’s great for coming up with story ideas as well. Simply write words related to your topic. For example, if you’re writing about a space ship, write down words like interstellar travel, speed of light, vessel, sub-space, warp drive, and so on. One or more of these words just might trigger an idea.

This is the most common method I used to generate a story idea. I know my setting and I know my characters, so I simply start writing what I want to achieve and randomly write things I think might work. I don’t’ stop and think. I just write. And so when one idea comes while in the middle of writing another, I go with it and keep writing. This is the method I used to come up with the idea of the Chekrosians in book one of my sci-fi novel.

There are a number of apps that help writers generate story ideas. One of my favorites, and one I learned about through a fellow writer, is called Brainstormer. Brainstormer lets you spin three wheels, which line up to form one idea. I just now spun the wheel and here’s what it came up with – healing journey, Nazi, mansion. Did this trigger a short story idea for you? It certainly did for me.

There are websites you can visit as well. One I recently visited called SciFiIdeas.com randomly pulled up this story idea – “When a man is abducted by aliens, a clone is created to replace him. The story is told from the perspective of both the original and the clone.” Sounds fun!

The world might seem boring most of the time. But if you look carefully, you will probably see some quirky people or odd out-of-place things. Yesterday, I saw a short couple with a really large white dog and I began thinking about how those small people could possibly control such a large dog. I bet that dog eats more than those people! Maybe it’s an alien. I also saw a Star Wars kids baseball cap laying on the ground by a pond. Of course, the child could have just left it there after feeding the ducks. But what if he was pulled into the pond by a pond monster? (We have no alligators in our area, so pond monster would be much more realistic.) I started thinking about this kid and all the circumstances that led to him leaving this cap behind. It could make for a great mystery story.

There are many ways to generate ideas. It’s just a matter of actually implementing them. Tv’s, movies, and books are great, but don’t let yourself get too absorbed in them. And don’t just mediate on ideas. Write. To quote Yoda, “Try not. Do. Or do not. There is no try.”

Do you have another way that helps you generate sci-fi story ideas?