Years after writing my books, I am proud to say they have all now been published! After having dealt with a shady literary agent, I nearly gave up. Thank you Amazon and CreateSpace for making it possible. I love you! I want to also thank Jason Matthews who wrote the book, “How to Make, Market and Sell Ebooks All for FREE“. If I hadn’t come across this book, it might have been many more years before I braved trying to get the Dukarian Legacy trilogy published. Not only did Jason’s book give me hope, it was also very informative and helpful with the many steps that need to be taken in order to self-publish a book. Thank you, too, for all the family and friends who have read my books and thank you to everyone who will read them soon.

Here are the three books of the Dukarian Legacy trilogy. Clicking the cover will take you to the paperback cover so I have included a text-link to the ebook version right below each one.

Click cover above for the paperback version. Click the following title for the ebook version of The Third Dragon. 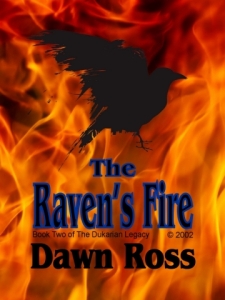 Click cover above for the paperback version. Click the following title for the ebook version of The Ravan’s Fire.

Click cover above for the paperback version. Click the following title for the ebook version of The Dragon and the Lion.

The Dragon and the Lion: Book Three of the Dukarian Legacy

After months of procrastinating, Book Three of the Dukarian Legacy series is finally published. The Dragon and the Lion is currently in e-book form on Amazon. Click the image above to go check it out. If I can manage to quit procrastinating, I will have the paperback version ready by the end of the month. 🙂

Thank you to my family, friends, and supporters who helped to cheer me on. It’s been years in the making, but The Dukarian Legacy has finally been told.

Synopsis for Book Three – The Dragon and the Lion

The Dragon and the Lion©

Book Three of the Dukarian Legacy

Battle begins between the kings of Upper, Mid, and Lower Ungal.  Tomis Dukar, now grown into a man, is forced to fight against his own father, King Haban Dukar of the Dragon clan.  Despite the evils his father has done, can Tomis bring himself to kill him?

When the battle is over, new and more dangerous rulers come into power.  Another, more brutal war is pending.  The land of Ungal can’t take much more bloodshed.  Its fate hangs in the balance between life and death.  The second part of the Prophecy of Peace must come to pass.

The new ruler of Mid and Upper Ungal discovers Tomis is the third son and heir of the Dragon King.  Tomis must not only run for his life, but he must save the long lost granddaughter of King Mitas the Lion.  He must take her to safety and fulfill their destiny of the Prophecy of Peace.