Plan for Rewriting Part One of the Kavakian Empire 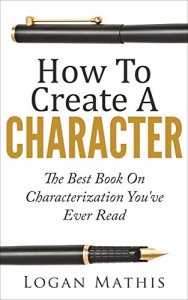 #1 Make the characters deeper. How am I going to do this? I’ve been reading a lot of how-to posts online as well as how-to books. The best and most thorough help so far is a book called, “How to Create a Character” by Logan Mathis. Basic tips it gives is to get inside their head, make sure they have a strong desire/goal, give the characters meaningful names where applicable, describe the characters physical appearance, give them unique features and/or character habits, reveal backstory but only a little at a time and only if relevant to the story, consider different patterns of speech for each character, create character relationships and character conflicts, and so on.

Some of these things I feel I have done, some I need to do better, and some I will need to do because I didn’t do them at all. Did anyone notice that I seldom described characters’ physical descriptions? If you went on to read part two of my sci-fi novella, then you may have only just learned that Terk and Jori are Asian in appearance and that J.T. has sandy blond hair!

I am also going to be more consistent with Jori’s character. He appeared to go back and forth between being a brat and being good. I don’t think I explained why well enough. So I am going to have him consistently snotty in the beginning until his wall finally comes down when Terk nearly dies. Even then, he may still be a bit moody, but it won’t be until that point that he truly feels safe and truly feels like he can trust J.T.

J.T. will have a little bit of a more complex background. Since he is new to the ship, he is not yet sure of his position as second in command. Although he will be a capable commander, he will reveal uncertainty in his head. And this will be more evident between him and Robert.

I indicated that Terk will wake up, but I never really wrote about Terk in part one. I skimmed his adventures. So I will go into more detail on him in part one. This way, when you read part two of my story, you will already have a good idea of what he’s like.

#2 Add more sensory information to scenes. I need to do better at including not just what is seen, but what is felt, heard, smelled, and tasted.

#3 Propel the reader forward. I need to keep the reader on the seat of their pants by making them wonder what will happen next. One way to do this is to create mystery to make the reader ask themselves questions that they want to learn the answers to. So one major change I am going to make is that Jori will not reveal who he is. The Odyssey crew will have to figure it out for themselves.

#4 Create more conflict and uncertainty for the protagonists. I think you all remember me saying that there is no one antagonist, just several small ones and those ones are too small. So I need to make some of the smaller ones bigger.

Robert’s conflict will be intensified as I also make his character deeper. I will add just a tad of background story on him and explain why he has such a pressing need to avoid war. I will also make the threat of war more real.

The Grapnes are going to cause more trouble. And there will also be conflict because before Robert finds out who Jori is, he finds out Jori and Terk have a bounty on their heads. This will also create more mystery because no one knows what the bounty is for. So it won’t just be the Grapnes coming after Jori and Terk, it will be others as well.

When Terk wakes up, he will be a new conflict. And Calloway will have more of part to play in making trouble.

#5 Consider renaming some of the places and characters. Okay, I realized about halfway through writing part one that J.T. was too similar to James T. Kirk. He’s nothing like Kirk so I don’t really want to give that impression. I’m thinking of going with J.D. instead. The Alliance Core is also a generic name. I didn’t give it much thought because I just wanted to write. But now I realize it is too boring of a name. Also, I’m wondering if Kavakian is the right word. Even though it is the longer name for Kavak, Kavakian sounds too much like Kevorkian. Anyone remember who he is? It’s a cool name, but again, it might give the wrong impression about who the Kavaks are. I also want to rename the title. I’m thinking, “Edge of the Dragon’s Shadow”. The dragon being the Kavakian Empire since we learn in the part two saga that Emperor Kavak’s ship is named the Dragon. The word edge could indicate how close the two peoples are to war or it could indicate that Jori and Terk are like the sharp edges of the Dragon Emperor. What do you think?

I know there is a lot more that will need to be done, some of which I mentioned before. But this is the gist of it. I’m going to create a new subcategory for part one revised. So if you haven’t read part one of my science fiction story before, I suggest skipping the unrevised version and reading the revised one as I post it every week or so. Keep in mind that just because it is revised, it doesn’t mean it is perfect. I will still welcome your feedback.