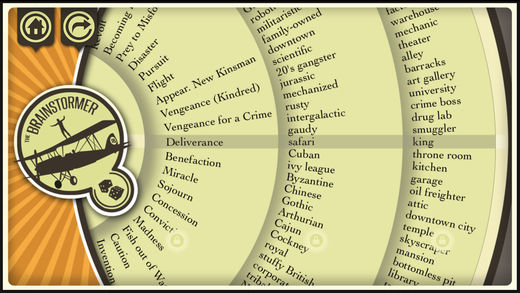 As writers, we’re always on the lookout for new story ideas. While it might seem like it at times, there is never going to be a shortage of new story ideas. Ideas can be gleaned from several places – our own lives, books, movies, the news, and nowadays, online. One place I get ideas form is an app called The Brainstormer. The app has three wheels that you spin, and your writing prompt is whatever three areas the wheel lands. The following writing prompts are from The Brainstomer app and have been turned into a Sci-Fi theme.

Let’s see what creative story ideas you can come up with using the Brainstormer App.